Sokoman-Benton’s new High Grade lithium discovery is less than 10km (kilometres) away. The 35 grab and chip samples are noted in the Sokoman-Benton NR (September 16th 2021) were collected over a 2km distance.

Initial permits for the first phase of exploration on the company’s Hope Brook project in Newfoundland (09-20-2021) Including: high resolution magnetic gradiometry surveys and prospecting crews to the are

Marvel has acquired a significant land position within the Hope Brook Area. Marvel has staked 763 claims (19,075 hectares) which are strategically located and contiguous to First Mining Gold and to Sokoman Minerals-Benton joint venture (Figure 1). 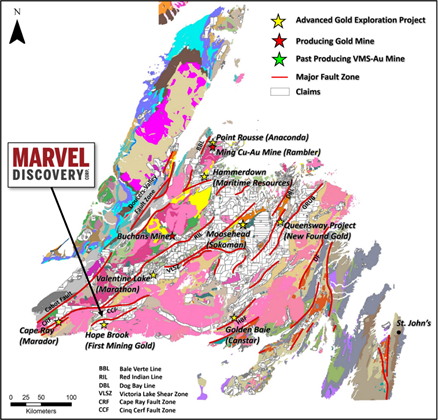 Of significance in the area is the Hope Brook gold mine which was in production from 1987 to 1997 producing 752,163 ounces of gold plus a copper concentrate. Exploration and resource definition by Coastal Gold Corp who was acquired by First Mining in 2015 has outlined an additional 6.33 million tonnes at an average grade of 4.68 gpt Au for 954,000 ounces of gold in the indicated and inferred categories (https://firstmininggold.com/projects/partnerships/hope-brook-project/). 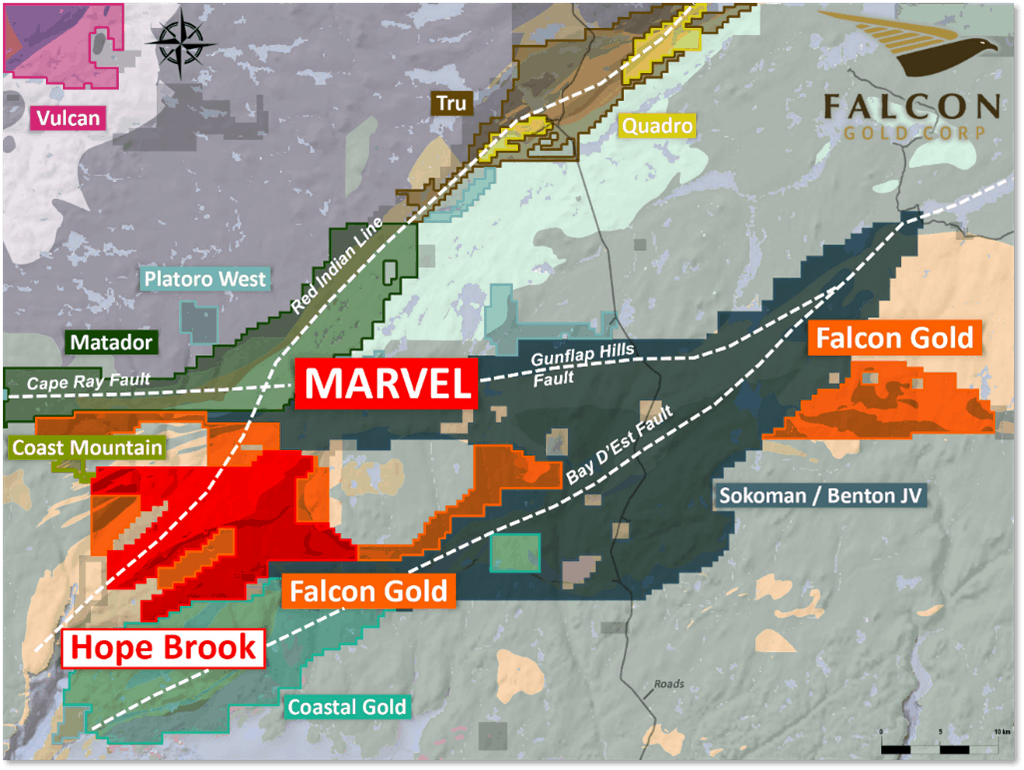